| AEVUM - 2009 - 3
Anno: 2009
In 1957 the Università Cattolica organized a course on the moral problem in 20th-Century Italy; Ines Scaramucci, a scholar working in the same university, Institute of Italian literature, took part in it, lecturing on matter of ethics in 20th-Century fiction. General Carlo Barduzzi, a former fascist and active anticommunist, who attended the course, wrote to Father Gemelli, then rector of the Catholic University, accusing her of being too compliant with communism. An exchange of letters between Father Gemelli and Scaramucci followed and is here published. She explains her aim at a higher objective of formative nature, particularly through a reflection upon contemporary fiction, where, in spite of an existential crisis, she detects spiritual needs.
€ 6,00
Una rivista, una vita. "Il Ragguaglio Librario" e Ines Scaramucci 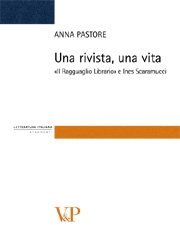