| JUS - 2008 - 1
Anno: 2008
The duty of political solidarity enunciated by article 2 of the Constitution (beside the economic and social one) first of all implies that the actual political forces accept and agree with the original «constitutional pact of solidarity» which, although the extinction of parties that originally drew it up in 1948, our democratic coexistence is still now based on. The same principle of political solidarity refers to the Parliament as the privileged institutional arena, in which, beyond every legitimate contrast on the political issues, the every day competition between the parliamentary majority and the opposition, both responsible of the national policy, takes place.
€ 6,00
La prospettiva della Costituzione italiana ed il principio di sussidiarietà digital 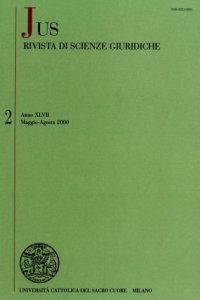