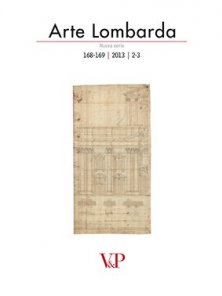 | ARTE LOMBARDA - 2013 - 2-3
Anno: 2013
Milanese sculptor Achille Alberti (1860-1943) has never been the object of a systematic, in-depth study. The essay attempts to fill such void by casting some light on the artist’s early activity, based on his works and on the prevalently unpublished archive materials he left to the Archivio dell’Ospedale Maggiore-Ca’ Granda in Milan. Alberti was a discreet protagonist of cultural life in Milan at the turn of the Century: although he did not possess the temper of the innovator, he was particularly apt – especially during his youth – in interpreting the trends of his cultural milieu. It is of particular interest to observe how he adopted and embraced the spirit of Verismo and its attempt to depict reality as a phenomenon. Such style, though often associated with a more traditional iconography, is taken to an extreme in works such as the famous Sloth exhibited at the Triennale of Milan in 1891.
€ 6,00
Il progetto Warco - The Warco project. L’idea per un gioco e al contempo uno spunto di riflessione sulla figura del fotoreporter e sul racconto fotografico della guerra - The idea for a game and an approach to the figure of photojournalist and to war visual storytelling digital 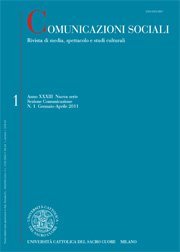 | COMUNICAZIONI SOCIALI - 2013 - 2. Play the aesthetics. Video game between art and media
Anno: 2013
Warco is a video game developed by Defiant Development in collaboration with director Robert Connolly and photojournalist Tony Maniaty. Even as a yet unrealized project, the game constitutes an interesting case study, giving new perspectives on the very way the ludic, interactive dimension of video game is conceived. Instead of killing the usual amount of enemies, the player is asked to assume the identity of Jesse Demarco, a female photojournalist working at a fictional war front in the Middle East. The concept itself is very innovative: the game’s mission is to make a video and photo report and send it to the broadcasting station. Photography, then, is not just an instrument available to the player, but the only means for the completion of the game. Warco offers a rare opportunity to think about the task of the photojournalist, showing how it can be accomplished, even if just virtually, by whomever might play the part.
€ 6,00
La scultura di Riccardo Ripamonti (1849-1930) tra impegno civile e protesta sociale digital

| ARTE LOMBARDA - 2009 - 3
Anno: 2009
The activity of Riccardo Ripamonti (Milan, 1849-1930), a key figure of Lombard sculpture between the end of the 19th and the beginning of the 20th Century, has to be placed among the most thought-provoking facts in Italy at the time, both on a formal and on a content-related level. Nonetheless, Ripamonti’s life and work have been long forgotten by art historians, as well as by his contemporaries. It is then very interesting to trace the evolution of his sculptural production, beyond his best-known work – the monument to Missori still placed in the homonymous square in Milan – finding a coherent thread in a consistent tension between civil commitment and explicit social protest. Such delicate balance finds its expression in a style of Verist derivation, occasionally sketchy, more often sustained by a more evident Realism, as in the case of Miscarriage of Justice, presented at the Milan Triennale of 1891, which distinguished Ripamonti as one of the most interesting actors in the tendency of Social Realism, very common in Italy, and particularly in Lombardy, during the last decade of the 19th Century.
€ 6,00