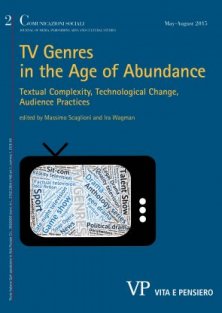 | COMUNICAZIONI SOCIALI - 2015 - 2. Tv Genres in the Age of Abundance
Anno: 2015
Netflix and all the similar digital-television providers, such as Amazon and Hulu, represent a new era in serial television, not only for their new production style, unconventional plots, or peculiar distribution technique but also and especially for their new method of promotion. Indeed, their new releasing strategy has turned the traditional use of advertising upside down, basing it mainly on the Internet and social media.
€ 6,00