di Giorgio Berti
Anno: 2008
The last scientific pages by Giorgio Berti mix with a skilful hand a learned doctrine and a melancholy mood. Looking backwards to his first steps as a student at the University of Ferrara, and afterwards as a scholar of public law, he travels over again the cornerstones of his thinking that consists of a different way of looking at the administrative law as a complex system which springs up from a society that has the ambition of governing itself in a perennial struggle and compromise with an authoritative state.
€ 6,00
Sovranità digital

di Giorgio Berti
Anno: 2007
Sovereignty the recapitulatory expression of the fundamental correlation between law and State or State power. For this reason the sovereignty is mother and daughter of the State at the same time because organization of subjects and positiveness of law: it tanslates the principles of natural law into the present.
€ 6,00
Sulla professione di avvocato ieri e oggi (ripensando all’elogio dei giudici, scritto da Piero Calamandrei, avvocato, nel 1935) digital

di Giorgio Berti
Anno: 2005
The substance of the writing is synthesized in the title. However we add that they gives prominence tho the professional duties who characterize the figure of the lawyer in the connections with their assisted and with the judges.
€ 6,00
Per ricordare Franco Ledda. Strutture amministrative e garanzie per il cittadino digital

di Giorgio Berti
Anno: 2004
The author dwelles upon administrative obligation towards society and upon private subject's warranty who is induced to take part in the processes of fulfilment the above - said obligation. The warranty is based on the relation arising from the administrative activity.
€ 6,00
Sussidiarietà e organizzazione dinamica digital

di Giorgio Berti
Anno: 2004
The author takes his cue from the examined monograf and the points out the variety of the theoretical outline and the practical utilizations of the subsidiary principle inside the States and the European Community.
€ 6,00
Stratificazioni del potere e crescita del diritto digital

di Giorgio Berti
Anno: 2004
The Author outlines the formative processes of the juridical rules, turning over in his mind the fundamental connection between the political power, in the various historical evolutions, and the legality. He dwells upon the juridical language, the form and substance of the law, the political sovereignty and the national States, the symbols and the image of the law, and, particularly, upon the stratifications, in the time and in the space, of the political power, the parallel and independent growth of the law, of the juridical language, of the personal guaranties.
€ 6,00
Diffusione della normatività e nuovo disordine delle fonti del diritto digital

di Giorgio Berti
Anno: 2003
This consideration is composed of different passages which point out the deterioration and the transformation of legality and organization into the State of law. Actually there are a lot of sings according to which the old institutional characters and the correlative differentiations of the system of the sources suffer a kind of flowing back of different normative laws, they occupy the spaces which are abandoned by the territorial State. So, not only internal relations of the civil structure, but also external relations towards social, international, supranational or universal sources are discussed again. The interpretative and contractual activities are getting the upper hand over the order of the formal sources.
€ 6,00
La giustizia nell’amministrazione pubblica digital

di Giorgio Berti
Anno: 2003
The Author proposes a re-reading of the public administration and administrative justice's system pointing out the evolutive angles and the connected transformations. With regard to this matter he expatiates upon the relations between administration and legislation, upon the presupposition connected with the juridical organization, upon the personal rights and their protection within the constitutional law. The formal legality and the social reality of the administration, the subsidiarity, are fundamental passages of the Author's reflections.
€ 6,00
Sulla «Prima lezione di diritto» di Paolo Grossi digital

di Giorgio Berti
Anno: 2003
The article is a review of Paolo Grossi's book Prima lezione di diritto. It insists on careful and brillant sinthesys of history and law, on didactic finality and cultural inspiration of the work. Grossi gives a charming proof of the social origin of the legal rules and its system
€ 6,00
Presentazione del fascicolo digital 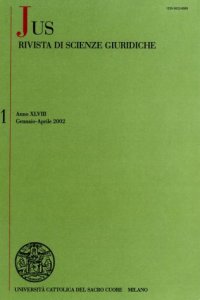 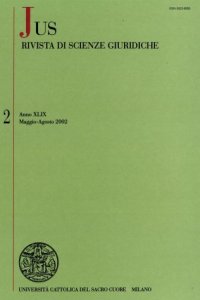