| AEVUM - 2010 - 1
Anno: 2010
In Roman culture, military defeats are recorded as negative exempla, especially epoch-making defeats such as the river Allia, Cannae, Carrhae or Teutoburg. This depends on several factors. Originally, the responsibility of military victories or shortcomings was not attributed to the single commander, but as a deed concerning the whole community. Moreover, the dates of major defeats were included in the calendar as dies nefasti and, in some particular cases (as the Allia and Cannae) as dies vitiosi. With the Principate, this tradition begins to change. The transformation can be seen by the end of Augustan age, with the elaboration of a légende noire of unlucky commanders like Crassus and Quinctilius Varus.
€ 6,00
Due note sull’identità politica nel Caucaso antico digital 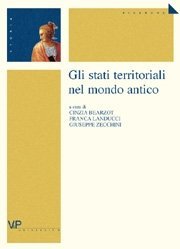