| JUS - 2005 - 1-2
Anno: 2005
This study aims to offer a concise clarification about the relationships existing between the philosophy of law and the legal science, so to verify the opportunity to use some instruments coming from the analytical philosophy, setting up in a different way some of the traditional dogmatic nodes. In this sense, after an excursus on philosophy of law and on legal science in the first decades of the nineteen hundred, and also as a result of an incursion in the culture of Germany In nineteen century, the study points out to some traditional issues coming from the administrative law, for which a different approach would be useful, more methodologically aware, by the legal science.
€ 6,00
Il diritto dell'ambiente nella prospettiva dell'etica applicata digital 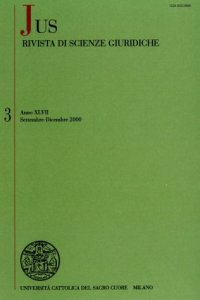