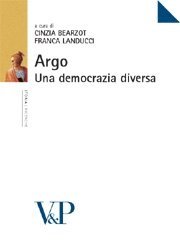 Anno: 2006
The hinterland of the Argolic Gulf comprises the Kynouria to the west, the Argive plain or Argeia to the north, and the peninsula known as the Argolic Akte to the east. At the western end of an alluvial plain of c. 250 km2, the site of Argos is dominated by two hills, one much higher than the other: to the south, Larisa with escarpments rising to c. 290 m, and to the north Profites Elias, called Aspis, a rocky outcrop of less than 90 m. The profound penetration of the mountain into the plain confers to the site a dominating position on the chief routes of the Argolid, among them the main road from the Isthmus of Corinth to the south and the western parts of the Peloponnese. In a study of the natural borders of the Argive plain, the watershed offers a reliable guide-line: to the north, the Tretos Pass separates the Corinthian Gulf from that of Argos; to the east is the Arachnaion massif; to the west rises the range of the Arkadian mountains. It follows that Argos naturally tried to secure for itself the political control of the entire valley of the rivers Inachos and Charadros. The plan was implemented by destroying and incorporating Tiryns and Mykenai in the fifth century. The toponym Argos, which was used in the following period, seems to be a Greek word, which is rather surprising for site of that time. Habitation is attested from the Neolithic period on the site where later the city of Argos grew up. From MH onwards, the site has become a nucleated settlement of some size, but not large enough to deserve the name of «city» or «town». Further extended in LH, it was still smaller than Mykenai and Tiryns. After the destruction of Mycenae toward the end of the twelfth century, Argos became the most important site of the plain. The area within which Early Iron Age remains have been found is much larger than at Mycenae and Tiryns. In the Geometric period, population was growing significantly. Although the town remained a cluster of hamlets, shrines were erected on the two hills. Traces of urban activities are attested. New cemeteries were opened. The extent of the Late Geometric city was almost equivalent to the modern town. We can accept the hypothesis of a synoecism at Argos in the eight century B.C. We know very little of social and political organization of Argolid during the period that followed the collapse of the Mycenaean civilization. The emerging city-state was dominated by an aristocracy of cattle and horse breeder. According to the tradition, Argos was ruled by kings (the Temenidai). After the destruction of Asine and the conquest of Nauplia (if historical), Argos dominated the entire valley, which is well suited to being the territory of one polity, but the political status of some dependant communities remains obscure. Citizens were distributed among the three Dorian tribes (Hylleis, Dymanes and Pamphylai). The tribes were probably subdivided in phratries. The plain was cultivated by serfs (Gymnetes). During the Dark Ages, the inhabitants of Argos showed probably a growing interest in the Heroic Age. They claimed to be the true descendants of the conquerors of Thebes and Troy.
€ 6,00