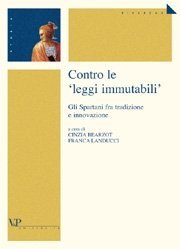 Anno: 2004
Thucydides’ treatment of Pausanias, although far from perfect, remains the best evidence concerning his downfall. The proofs of Pausanias’ Medism are probably concocted, but the main lines of the story are still recognizable. Instead of attributing to him great political ambitions, involving Athenians, Persians, and Spartan factions divided on political targets, the paper tries to explain his acts and Spartans’ responses to them – undervalued by Thucydides – in the light of contemporary social values and political culture. The sense of honour, with its attendant feelings of vengeance and shame, guided Pausanias’ actions, while the Spartan officials feared the reaction of an offended offspring of Heracles: the phantom of tyrannis, and of a ruler who could be put on the throne by Persian spears, led them to putting Pausanias to death.
€ 6,00