| AEVUM - 2011 - 1
Anno: 2011
SUMMARY: In the ancient tradition there are two schools of thought about the four tomaı´in the heroic hexameter: recognizing in any case the first three tomaı´(penthemimeral, hephthemimeral, trochaic or feminine), some sources hold the fourth to be the tome` kata` to`n te´tarton trochaıˆon (fourth trochaic), others the bucolic. As a starting point for choosing between the two arrangements Aristides Quintilianus (I 24) took a metrical rule: ‘a tome´ must divide the verse into dissimilar parts’, i.e. an hexameter cannot be divided by a medial pause into two equal halves. The author of the Perı` mousikeˆs, however, misunderstood the rule and interpreted rhythmically the dissimilarity of the parts; thereby he counted the fourth trochaic among the ‘proper tomaı´’ and the bucolic among the other diaire´seis. Modern metricians finally speak of ‘caesura’ when the word-end falls within a metron, of ‘diaeresis’ when there is coincidence of word-end with metron-end.
€ 6,00
Francesco Maurolico tra prosodia e grammatica latina digital 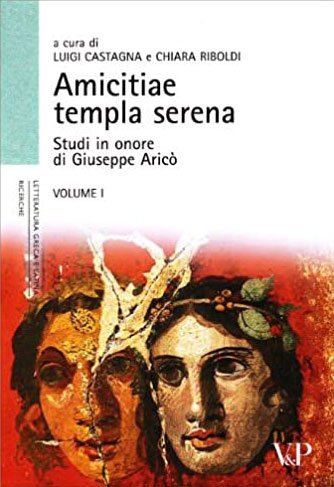