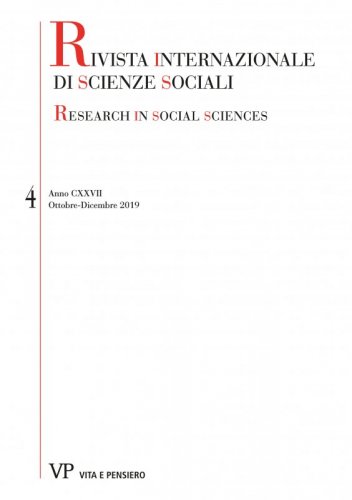 | RIVISTA INTERNAZIONALE DI SCIENZE SOCIALI - 2009 - 2
Anno: 2009
This paper explores the links between the level of per capita income, growth and democracy, a central issue in the literature regarding economic policy. The first three sections focus on the socalled modernization hypothesis from both a theoretical and an empirical perspective. According to this theory, some factors, such as the level of education, the degree of urbanization and the rise of the middle class, are critical to the democratization process. The following two sections explore the opposite hypothesis, according to which it is democracy that promotes growth and economic development. The theoretical arguments underpinning this hypothesis are grounded on the links between the quality of institutions, the protection of property rights, the strength of economic reforms and of the liberalization process, and the role of a free press. The sixth and last section explores the positive impact of democracy on human development, i.e. development considered as a multidimensional phenomenon. Key words: Democracy, institutions and growth, human development. JEL Classification: P16, O10, O15, O43.
€ 6,00
Cina: l’avvio del terzo millennio, «Il Politico. Rivista Italiana di Scienze Politiche» digital